The first time I was to relocate was to the UK, I was about 16 or so. I should confirm with my sister, but this is not a thesis that has to have accurate timeline..or is it?

Basically I was young, and the visa was to be sponsored by my half-sister, who I was also going to be living with. I had stayed with her for a short while in Lagos, but we didn’t exactly see eye to eye. My mum felt it would be unwise for me to now travel 4000 miles to stay with her and possibly get lonely. I was very content with the decision, I found satisfaction in a lot of decisions my parents made for me. Especially my mum. She’s the kind of woman who will cut off her limbs if it would make her children happy or save our lives.

I’ve always had dreams. Quiet dreams. I am an avid day-dreamer but I could never speak of my dreams. Sometimes they come true, sometimes they don’t, but the joy and disappointment of either will be all mine to have. I dreamt as a kid of schooling abroad, the possibility was dangled in my face quite often.

I always felt like I didn’t belong where I grew up.  I’ll watch these “American” movies where everyone was queer and quirky and eccentric, but above all, free to be so, and I always wanted that freedom. We used to say “America” not USA, back then before we realised America was the whole continent lmao. I’ll still use it in the context of the backdrop of 2008. I’ve been told before that I wasn’t somehow Nigerian enough, someone (several someones really) asked my mum where she got me from, because I definitely didn’t think, act or speak in ways that conformed to societal expectations. Oh, but I attracted attention a lot as a kid, my mum told me I had this crazy long hair that’ll amaze people who will want to touch it to confirm if it was my real hair. And she got this question everywhere she’ll go with me. She always told me these stories with such nostalgia in her eyes because by then there was no more hair whoops!

Some people believed I was a prodigy of sorts, and my talents would have been groomed better in the abroad. I fondly remember a cousin fervently promising to “take me to live in America”, he declared me as too bright for Nigeria. I was 8, he was about 17. The family still joke about it till today. When we were a bit older he claimed he was very serious when he said that, he wished he had the power and means and he would have done so.

Don’t get me wrong, I am proudly Nigerian, I love the blood running through my veins, I love the rich history my ancestors blessed me with, and none of these were said in a white-washed manner. But the dream of a better life wasn’t always dreamt with Nigeria in the background. You’ll always be better off outside the worsening decay of the giant African elephant.

I read a lot as a kid, it was my escape. I built fantasy worlds in my mind that was starkly different from the one I lived in. I have always kicked against certain customs and traditions and I did so, unabashedly, from a very young age. I was loud and opinionated, still am. I walked around with a dictionary under my arm and I’ll be quick to practice big words on anyone who stopped to say hello for even a second. I grew up in a small village, so I was privy, and many tried to bind me to a lot of these customs. My parents being preachers didn’t help. 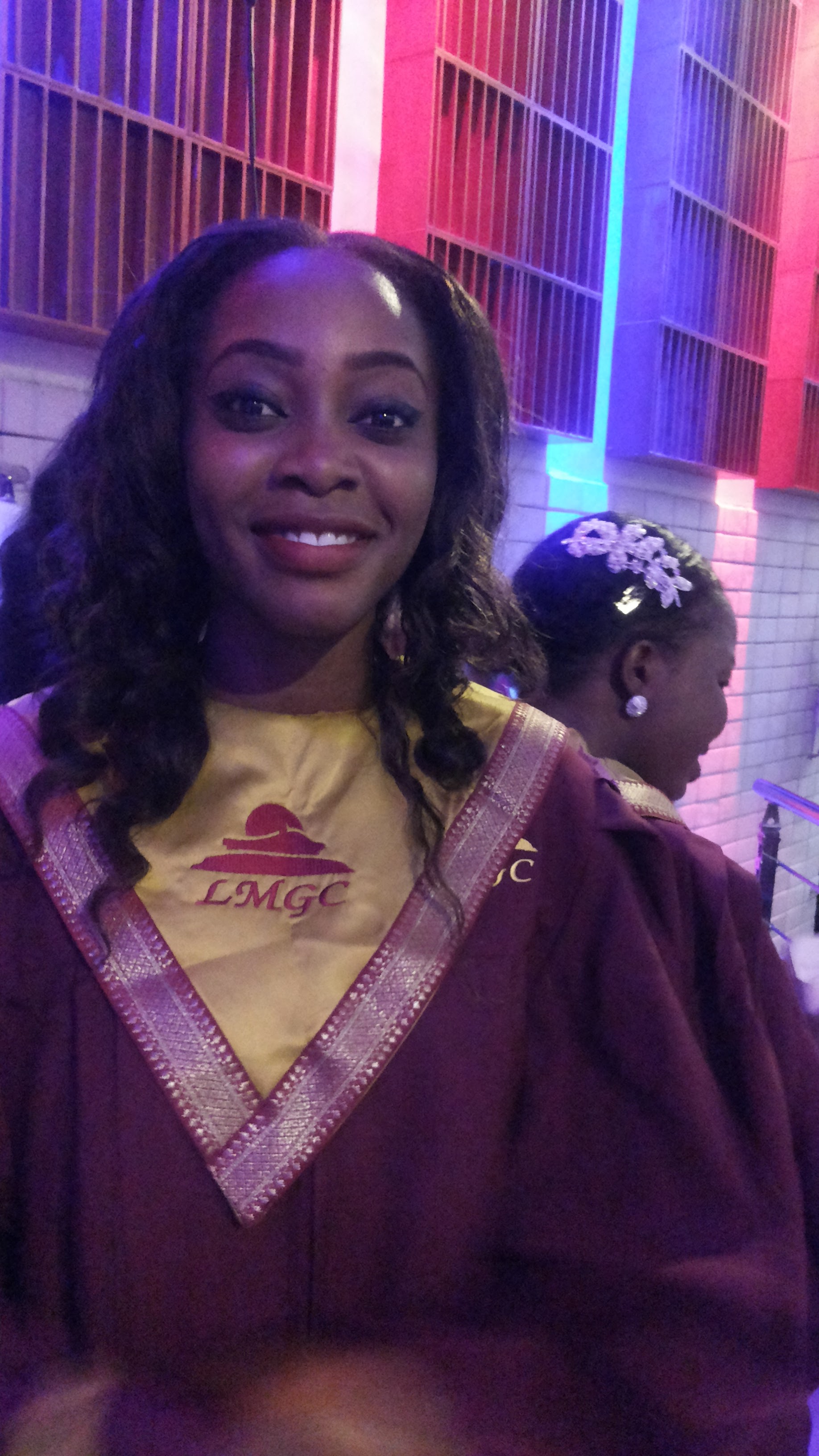 I was bullied a lot for being different, and I didn’t make many friends. There were rules for everything, and I tried to follow a lot of them, I was even declared the most respectable child in my compound at some point by some grandmas. I really was fine with the positive aspects of those rules.

But I wasn’t quiet about my discontent, and I asked enough questions to make all the elders exhausted on many days.

America, the land of the brave, would have been a perfect place for me to air those views. And be whoever I thought a human should be, in my own world. But who knew, their moral decay may have been too much for my young mind too!

Long story moving along, I never got to school abroad, and my cousin didn’t take me there either, or my half sister, or Jesus Christ, so I stopped dreaming about it. I went to a private university, which wasn’t so popular back then, and I am grateful to my parents for that. I promptly got to work feeling at home where I called home and didn’t dream there was a chance I could build a home anywhere else.

Actually and correctly, the last time I came close to relocating to the UK, I was in 400L, and I was dating a school mate who graduated before me and relocated. He was making big plans for us to get married. (I’m shuddering at the thought of getting married at 18 but it wasn’t a big deal back then). He was quite excited about it too. But I remember a friends advice till today. (This friend was an ex girlfriend of this ex’s friend, but we stayed friends for a while after). She told me if he hits me and abuses me while I’m just here in my own country, and my parents lived 2 hours away, what do I think will happen when it’s snowing and he’s seized my passports and locked me out of the house and there’s no one to call. She painted this dreary picture and drummed sense into my head. She has seen him in action several times after all so who better. I didn’t want that future of course, but he was quite persistent, and very manipulative. Eventually my parents found out about his abuse and my dad specifically forbade me to never talk to him again or he’ll disown me. When my dad threatens disowning, you know you’ve really really bludgeoned things. This was one relocation conversation I’m glad never came close to happening.

Around the time I got my masters degree, the Canada relocation fever was blazing, it was all the rage. I was 23, and not 1, not 15 people told me I was a perfect candidate to apply for it, and that I’ll get it in the drop of a hat. I was indeed the perfect candidate. I thought about starting my application several times. Almost started attending an IELTS training center. But like I said I had stopped dreaming of this abroad life, because the worst of it that I was supposed to be shielded from, had already happened. I was fine with living in Lagos, really!

I’ll be the one to bemoan not having friends, not having people who understood me, blah blah, but boy oh boy did I have a support system, a strong one I had come to build over time and I love! Living away from it was inconceivable. I even got a job offer outside Lagos one time, and the mere thought of not living in Lagos sent me into depression. What will I do without my karaoke buddies? Or my volunteer group? Or my girls I go out with on club nights to get hit on and get free drinks? Just kill me.

I kept putting it off, after all, up until I’m 28, my chances for Canada will still remain high. I’ll be working on my resume and gaining experiences too. I felt I had time. Pish posh! Let me live my best life.

Long story short, I met my husband on one of these time passing jobs haha. I randomly think about me relocating earlier and having a different life entirely and I am grateful I gave time some time. He also had plans that could have taken him through a different life but instead we were led to each other.

The first time it dawned on me to live outside home, to be relocating because of a man, especially after this previous experience, boy was my anxiety through the roof. I talked about it with my family, my boss, and my therapist. They all helped me see that I could trust him, and I did trust him, so I had nothing to be afraid of. He was a support planetary system, 9-in-1, he could get the job done, even if it’s for a while till I settled in. I listened but my anxiety didn’t. The decision to move was pretty seamless, settling in wasn’t as easy as I thought. But I did it, and did it take some years, but I believe I can say I have family in Kenya now. And my very own system.

Except only last year, we made plans to live in the UK, and we got residency.

Now we didn’t immediately make plans to move, because it happened quite fast lol. I have a business in Kenya, and we both have live there, in our cute house I designed and DIYed through and through, so we started working on succession planning. My brain does a little bit of scramble when people ask me where I live nowadays and I never know how to answer. I may have residency in UK but I do have a whole ass life in Kenya! Have you ever had houses in two countries with your hand-picked furniture, your decor that you put your heart into etc? I mean we didn’t live in an airbnb, we planted some serious roots! He warned me back then not to get too attached, not to acquire too much, but did I listen? What was I supposed to do for fun if I wasn’t putting my heart? Ugh!

I remember when I relocated for the first time, to Kenya, everyone asked me what will happen to Hephiebrown.com especially all my loyal and faithful customers. I didn’t have an answer, but I have one now. So I thought I’ll make it an announcement! Yay!

I know you’re thinking it so let me answer now. The plan for Hephies Cloud Kitchen, is continuity. Haven taken out key-man risk in the business, me leaving will not change anything. It’s been tested several times. Isn’t the hallmark of generational wealth being able to build something that’ll outlive you? Well this one would! We have built proof of concept, and the goal still remains being one of the foremost cloud kitchens in Kenya, and Africa. It’s plug and play, copy and paste, and I’m the one with the manual.

We are in talks with investors and we’re looking at raising soon. More funds mean even stronger structures, and nothing will give me more joy and peace than this!

As for what I’ll be doing in the UK, I wish I had an answer. Well I do, but like I said, I am a quiet dreamer, I’m adept at sharing plans and realities. But we got an empty apartment so there’s endless DIY projects for me in this life.

But keep following, be it out of love, pure fandom, or village people behaviour, I will keep you updated always, and practice my writing while at it.

Because at the core of it, I’m still that special little girl from the village, and the world is my oyster! Lol, never used that saying before! I don’t even like oysters hehe.

One response to “BARE: RELOCATING”